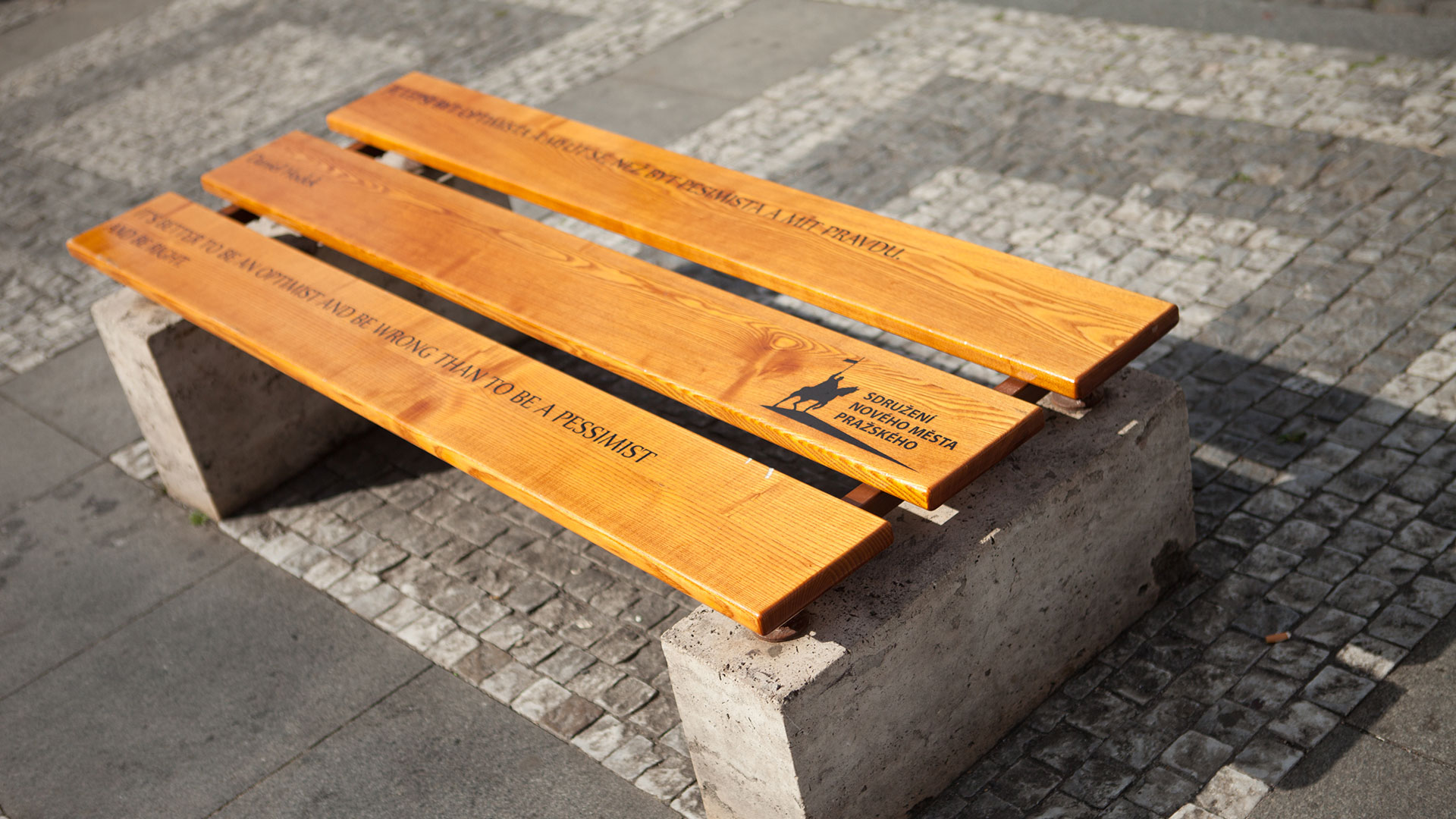 How did the project come about and what is its purpose?

The idea for the project originated about two years ago on our association committee, which seeks to look after Wenceslas Square, while putting pressure on state and municipal authorities to look after it too. One of the activities to demonstrate that the public space should be looked after by both public institutions and citizens, companies, associations, etc., was the idea that more than 80 benches on Wenceslas Square, which are not cared for by local authorities, should be “adopted by patrons”, citizens or companies that live, work, etc. on the square and will take care of them (until Wenceslas Square is revitalised). They will also have the opportunity to place a quote that means something to them on the bench. Quotes must be non-commercial.

The project actually started with our frustration that the revitalisation of Wenceslas Square has still not begun, despite the approval of the urban transport solution by architectural studio Cigler & Marani in 2005. So, we had the idea that we could at least be actively involved in the appearance of street furniture on the square. We first started with waste bins, unifying their appearance to one type and their replacement, which the city replaced under our pressure. Other street furniture we wanted to change were the benches. The original plan was to contact different artists or architecture and design students to create original designs for each bench, of which there is a total of 83 on the square. As it turned out, our idea was not feasible in terms of city approval or in terms of different standards that benches must meet. That’s why we came up with the idea of simply replacing seating planks, painting the support structure of benches and inscribing them with different quotes for interest. After quite a long marathon to obtain permission from the city, we received approval for the plan and the project is currently being realised.

Duration of the project

The realisation of the 1st phase of the project (i.e. 43 benches, which we primarily offered to our members) was launched at the beginning of June 2015; this phase will be completed in mid-August and smoothly crosses over to the second stage, i.e. the realisation of the remaining 40 benches, for which we are now offering patronage to the general public. We expect the entire project to be completed in autumn 2015. However, this will be followed by the repair and maintenance of benches, so it is a long-term project.

How patronage works and who are the patrons

Patronage is established by contract, where the applicant/patron undertakes to make a financial donation for the restoration of the bench and future donations for the subsequent repair and maintenance of the bench. Patrons can choose a non-commercial quote of their choice for “their” bench, which will be inscribed in Czech and English; in addition, the patron’s logo or name and the logo of our association as project implementer will be placed on the bench. Should the patron lose interest or the ability to maintain a bench, the contract may be terminated and we will subsequently offer the bench to others interested in patronage.

Existing patrons come from the ranks of both companies and individuals, while some “donate” “their” bench to their partners or children.

How much does it cost, how long does a person pay for a bench?

Quotes and their selection

Quotes as timeless messages are a big topic for patrons and the subject of serious debate both in the families of individual patrons, and at companies. We have repeat quotations from, for instance Albert Einstein, Oscar Wilde or Václav Havel, for which we managed to get the kind permission of Mrs. Dagmar Havlová, who by the way commended our activity.
Quotes must not contain commercial messages or ethically inappropriate communication.

If you are interested, please send an email with your request and closer details of your motivation for patronage. We are interested in your relationship to Wenceslas Square, whether you want patronage of a bench for your company, association or as a private individual, whether you see patronage as a marketing tool or an expression of active involvement in the creation of a public space?

The press release can be found here. 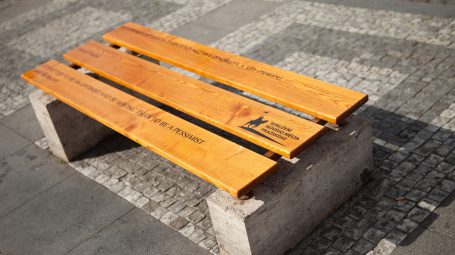 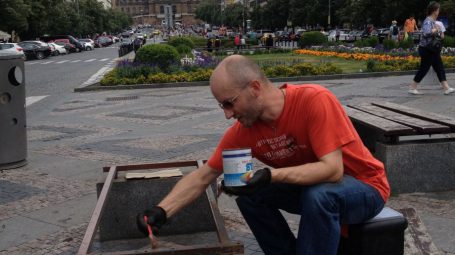 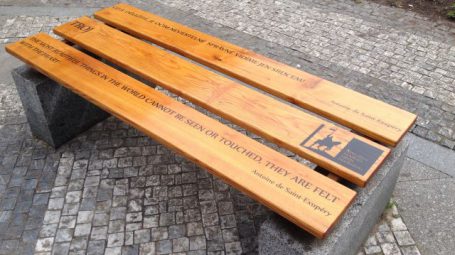 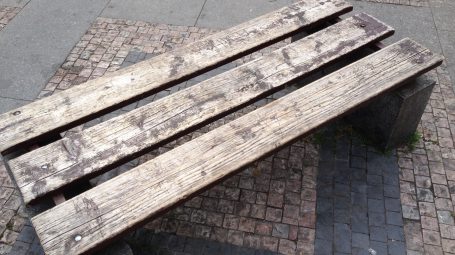 Browse throught past actions of year 2021

Browse throught past actions of year 2020

Browse throught past actions of year 2019

Browse throught past actions of year 2018

Browse throught past actions of year 2017

Browse throught past actions of year 2016

Browse throught past actions of year 2015